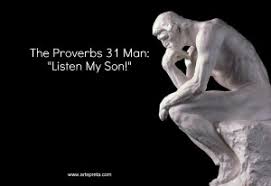 First and foremost, let me state emphatically that a virtuous woman is NOT a woman who receives one dollar from her husband and magically provides a bowl of fufu and assorted meat in the soup, as dinner and buys all the house groceries with that amount. A virtuous woman is NOT the one who serves her husband by providing bowl and napkin to wash his hands after eating and gently bows like a canoe, thanking him for eating. A virtuous woman is NOT the woman who calls her husband “MY LORD” and does not say a word even when this foolish man is burning her alive. I will POUND YOUR JAW TO A HALT! Women STOP THIS NONSENSE AT ONCE! Let me say it in one word, YOU ARE A FOOL. (I didn’t mean to say this, the TRUTH it is though). This is the reason why; you treat your sons differently and in the end we all suffer for it. WOMAN! YOU ARE WORTHY! STAND UP AND FIGHT!

Let me ask, how many sons grow and purchase their mothers a house, a Mercedes Benz and money in Ghana or Africa? Don’t they give rather these to their wives and children? If this happens, mothers end up hating their daughters in law, thinking they have cast spells on their sons. Woman, who stays with you when you are very old, even when you can’t walk? How many sons will actually help you walk or bathe for you? Don’t your sons call their sisters to do such task? They dismiss it with the “I am the oldest or I am a man, or this is a woman’s job”. How many will actually do it because THEY LOVE YOU and THEY APPRECIATE ALL YOU DID FOR THEM. ALL THEY WILL GIVE YOU IS: ONE PHRASE OF RHYM or poem which goes like this “our mother /wife is a good woman who served me very well”. Woman your legacy will soon be forgotten. BE WISE AND STOP THOSE KFC things.